Narrating the Thresholds of Life. The Bioethical Themes of Beginning and End of Life in Cinema and TV series

Narrating the Thresholds of Life. The Bioethical Themes of Beginning and End of Life in Cinema and TV series 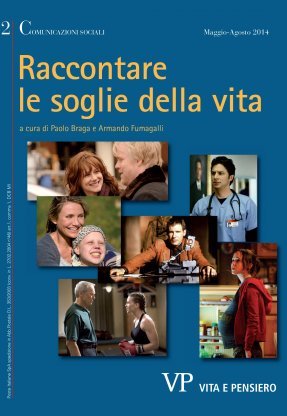 The monographic issue "Narrating the Thresholds of Life. The Bioethical Themes of Beginning and End of Life in Cinema and TV series" (edited by Paolo Braga and Armando Fumagalli) addresses the subject of cinematic storytelling on bioethical matters through a series of textual analyses. The works taken into account in the essays can all be considered as products belonging to the international mainstream, even if the kind of production varies: from studio features that have gained a relevant place in contemporary popular culture (Juno, Million Dollar Baby, Gattaca, Blade Runner, Scrubs) to independent or partially independent movies (The Savages, My Sister’s Keeper) to TV series targeted to selected audiences (Boss).

Two questions have guided the reflections of the authors – an implicit file rouge which is perceivable throughout their essays: what is the specific contribution that cinema and TV series can give to the bioethical debate – to the comprehension of the problems at stake, and to their solution? Which kind of influences, if any, can come from narrative media to the development of the public debate on bioethical issues?

The answers to these questions are to be found at the light of two thoughts which have been the methodological premises for the analysis.

On the one hand a story, through its characters and especially through its protagonist, offers the chance of grasping directly the perspective of the person who has feelings, who makes choices, and who acts. The ethical reflection, thus, is enriched with a more comprehensive point of view that considers both reason and emotion as the key factors of human behavior and of moral decision.

On the other hand stories – especially screenplays – always rely on narrative rhetoric in order to engage the audience and to make the viewers root for their protagonist. This inevitable rhetoric can be used to help a genuine narrative exploration of the theme of the story – to highlight with drama some axiological priorities truly based on the reality of things. Narrative rhetoric, however, can also be used in the opposite direction – to divert the audience’s attention from what is really crucial, and to show only some aspects of the question, and only some of the possible solutions.

At the light of these premises, the authors of the essays have devoted great attention to how the product of storytelling relates to reality. They have done it from different disciplinary perspectives (the screenwriting theory and the theory of adaptation to screen, the study of the literary influences, law and bioethics) focusing on the choices that characters made when such issues as giving birth and dying are at stake.