| COMUNICAZIONI SOCIALI - 2006 - 2. Immagini dello spazio e spazio della rappresentazione. Percorsi settecenteschi fra arte e teatro
Year: 2006
The usual connection of rococò style with the French kingdom was strongly put under debate after the development of this style in Lombardy, Erblände and Bavaria in the very first years of the XVIIIth century, within an already accomplished rocaille civilization, which was a main product of lake artists such as Diego Carloni di Scaria. The civilization that has been sometimes called Barocchetto is in reality a conceptual revolution in comparison with Baroque, even if it maintains almost all its shapes; it is the civilization of the comfortable, of the luxurious, of the miniaturized, of the graceful in opposition to the civilization of the grand. Arcadia and Muratorismo, this period’s two big ideological parameters, are the basis of the idea of art seen as a redemption, as a retrieval of nature; and in the same time of the idea of religion strict in its ethical contents but tolerant in its dialogue with the world. The result are environments which thoroughly modify the baroque space: an abundance of sophisticated but comfortable furniture, and an attempt to recover an unobtrusive dialogue with nature (the ‘romantic’ garden, already present in the XXVIIIth century). The coincidence of the three periods of Rococò with the Wars of Successions is impressive: the Spanish one, concerning the Lombard- middle- European world; the Polish one, under the sign of the French predominance; the Austrian one, characterized by the coming back of the Lombard-middle-European supremacy, a revival of the roman superiority, and the refined strategies of Benedict XIV Lambertini, a great ‘muratoriano’.
€ 6.00
Il patibolo della Vetra e la Confraternita di S. Giovanni Decollato fra committenza artistica e teatralità digital 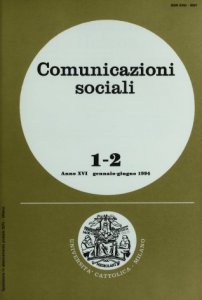