| COMUNICAZIONI SOCIALI - 2008 - 1. Incipit digitale. L'avvio della televisione digitale terrestre in Italia tra discorsi, prodotti e consumi
Year: 2008
The coming of the digital terrestrial television in Italy was accompanied by a thick network of social issues that in various ways have built and promoted it as a technology endowed with innovative characteristics, able to transform the experience of television and to satisfy specific needs for interaction and participation. In this launching and promotional phase of the service and of the necessary devices to access it, which also had economic characteristics, the attention obviously concentrated more on the production and offer side than on that of consumption; the audience was taken into account from a potential point of view. The essay faces an analysis of the television audience which is busy in domesticating the digital terrestrial platform facing the horizon of consumption, not only through the simple act of purchasing, the simple usage or the interpretation of its meaning, but collocating it in a circular process with a number of phases including both the pre-determination of consumption on the production side and its integration in the consumer’s everyday life. The essay exposes an explorative, ethnographic and multi-situated research which has extended the observation to a variety of contexts, supporting negotiation in the family group (through interviews to 31 persons in 12 domestic units) or in other contexts in which the decision to adopt or not Dtt is taken: from one side the sales points, from the other the condominium meetings. The essay, therefore, analyzes the appropriation forms of Dtt between 2005 and 2006, highlighting the conceptualization of the medium in the imaginary phase, the modalities of appropriation, the incorporation practices and levels. It can be therefore noticed how Dtt is ‘domesticated’ in the form of integration to the traditional television, collocating it inside the evolution line of the television medium and excluding, in this phase, the reference to the wider field of ICTs.
€ 6.00
Comunicazione mobile e vita quotidiana digital 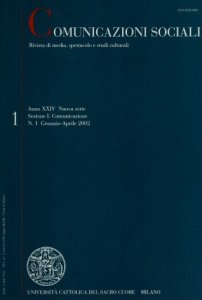 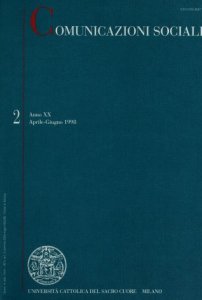 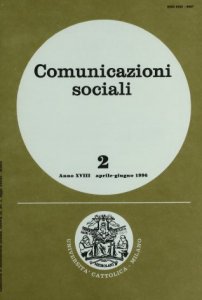